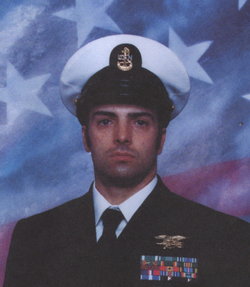 Lance was born September 4, 1972 in Reading, PA. Before beginning kindergarten, he attended a preschool at the Reading YMCA where he learned to swim. Never did I dream that eventually his profession would have him spending a lot of time in the water. Lance was a student in the Oley Valley School District from kindergarten through high school, which he graduated in 1990. 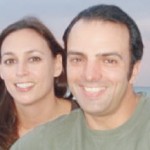 I truly believe Lance and his best friend Jason were born to be warriors. When they were kids they would practice being Ninja Warriors. Jason still recalls Lance trying to throw a throwing star and refusing to give up until he eventually found his mark, in his foot! Although they thought about being warriors, it was presumed by others Lance would study fine art because of his artistic talent. To satisfy his father and me, he attended Kutztown University for one year before joining the Navy in the summer of 1991. Jason graduated from West Point went into the US Army Special Forces and continues to serve as senior officer. 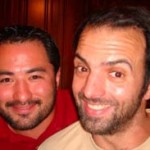 On July 26, 1996 one of the most memorable events of Lance’s life took place, he reported onboard the Naval Special Warfare Center, Coronado, CA to attend Basic Underwater Demolition/SEAL Training. There he would complete what many believe to be the most demanding of all military training pipelines since the vast majority of students aspiring to become a SEAL either fail to successfully complete training or simply drop out. After graduating with Class 210 Lance went to Fort Being, GA where he received parachute training at the US Army Airborne Course. He was officially a US Navy SEAL. 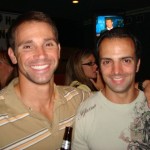 I will always remember his words when he called home, “Mom, I got it, I got the bird” a term used among SEALs to describe the Special Warfare device the Navy uses to designate a SEAL. Lance then reported to SEAL Team eight and although he was not one to share his “work”, I knew he was in Afghanistan on at least two missions. In April 2003, Lance was recommended for, screened and passed the arduous training program at the Naval Special Warfare Development Group (NSWDG). I would later learn through the press this group is reserved for the top percentage of the Navy’s SEALs.

Lance was in the process of training to become a team leader when he was killed during a training accident on March 6, 2008 in Arizona. He loved being a SEAL and serving with his teammates, which was evident at his memorial service at the SEAL Team area when his friends described him as not only a warrior but a mentor and brother to all the team. His performance across a full spectrum of SEAL operations was always marked with dynamic enthusiasm, total commitment to mission success, a quick wit, and the highest regard for the welfare of his teammates. He was an inspiration to all and we are thankful for all of you who join us each September to honor him with this cruise.

Contact us for more information about being a corporate sponsor.

Buy merchandise and donate to the Never Give Up Cruise